At the Moulin Rouge in Paris 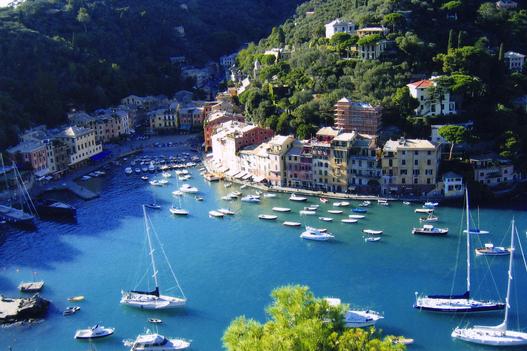 Me at the tiller on my first ocean sail. Sailing School. Florida. 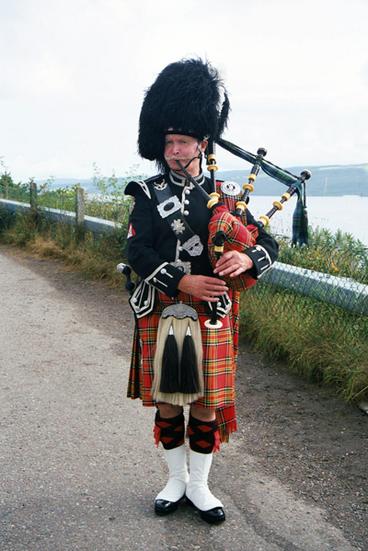 I normally live in McKinney, Texas, a small town north of Dallas, which is the site of my book, MYSTERY AT DEAD BROKE RANCH. My HOLLY GARDEN detective series is set in oil-wealthy Dallas. The first book in the series is RED IS FOR ROOKIE.

My dear hubby's last duty station was Yongsan Garrison in Seoul, Korea after completing a two-year assignment at MacDill Air Force Base in Tampa, Florida and a year-long deployment to Iraq. When I was with him in Florida I felt like I was on an extended vacation while writing on my first book in my WOMEN OF COURAGE series, ANGEL WITH STEEL WINGS, which you can read about on my home page. Sound like the “right” side of the tracks to you?

So there you have it. God has richly blessed my life. 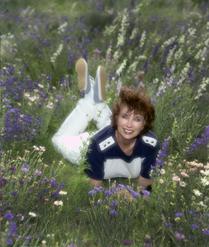 My first book was published by Moody Press and enjoyed three printings - not bad for a first book. Thanks to my supportive hubby, Larry, I am able to write full time.

Blessed with wanderlust, I’ve visited most states in the United States - including Hawaii and Alaska. A fantastic trip to the Virgin Islands resulted in my historical, THE VIRGINS. Most of you know three of the Virgin Islands belong to the U.S. I've also cruised the British Virgin Islands aboard a 43-foot sloop.

Another totally great travel experience was in the United Kingdom where I explored England, Scotland, Ireland, and Wales. That trip resulted in my books MASQUERADE MARRIAGE and MARRIAGE BY ARRANGEMENT. Being of Scots-Irish descent what else could I do but write of Scotland? 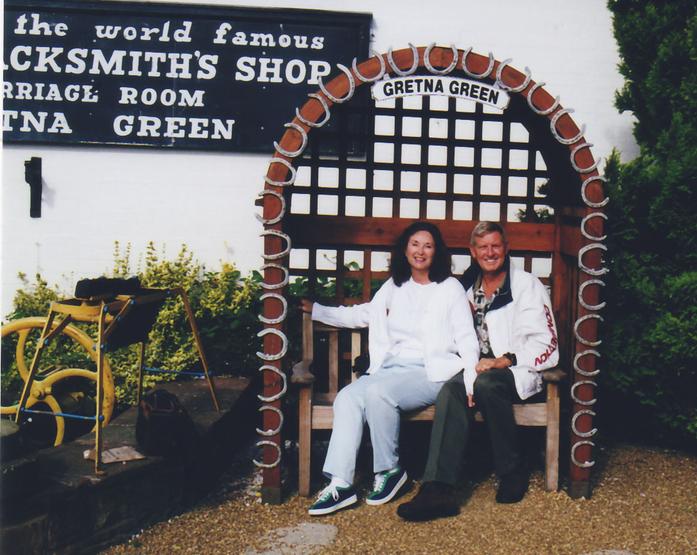 The Moulin Rouge, an iconic landmark in Paris for more than a century, is still popular with tourists and Frenchmen, alike.

The famous Can-Can Dance is associated with the Moulin Rouge but actually predates the famous club by more than a half-century.

Hubby and me in a gondola on the
Grand Canal in Venice. 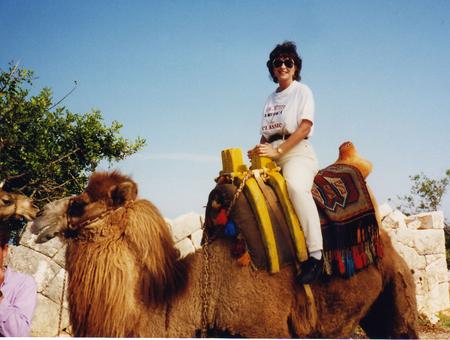 The best way to see Florida is on Larry's Harley-Davidson ElectraGlide.

Hubby & me at the famous Gretna Green Wedding spot in Scotland 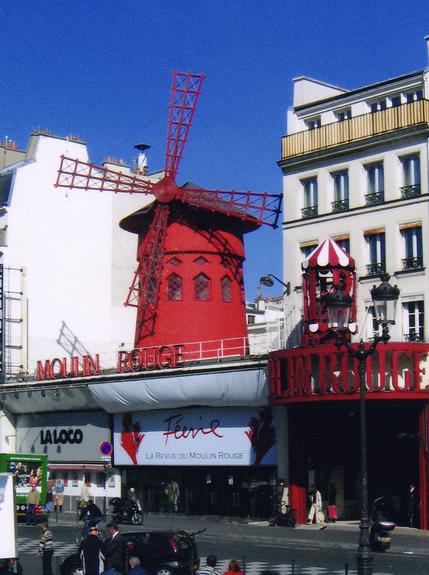 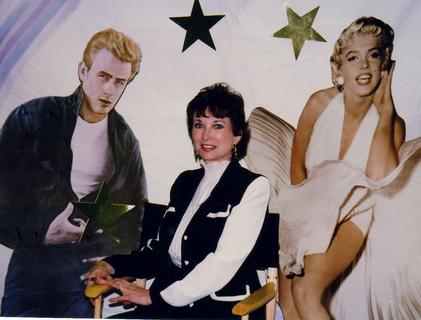 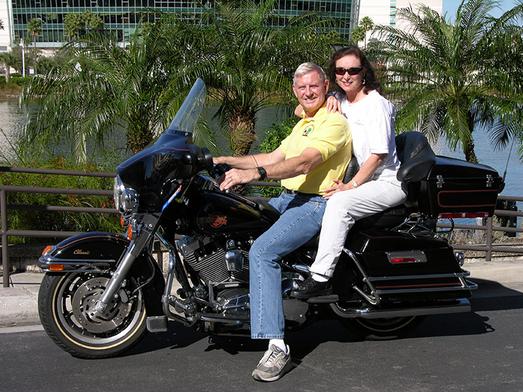 When my dear husband, a Special Forces Army Colonel, had duty in Turkey I spent three months with him there. the book SHADOW OF THE DAGGER resulted. One cannot travel in Turkey without bumping into history. Think the crusades, the Ottoman Empire, Alexander The Great defeating Darius the Persian and the Seven Churches in the Book of Revelation. I stood in the amphitheatre where Paul preached and walked the marble streets of Ephesus. Could I be more blessed?

The rest of my books are set in the various places where I’ve lived in our own magnificent U.S.A. 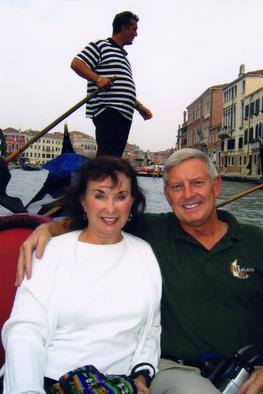 ​I fell in love with Portofino, Italy. 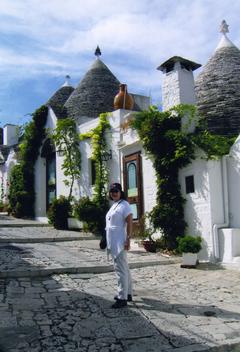 Me in Turkey. It's quite a ride. 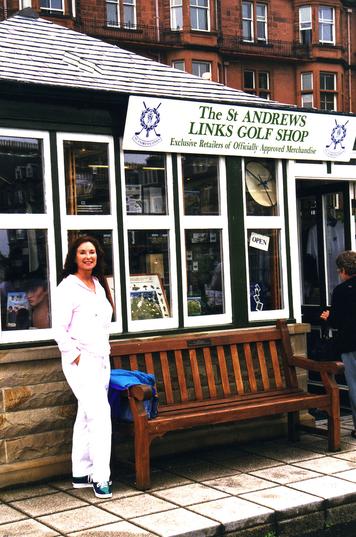 At the Auld Course at St. Andrews,
Scotland.   I love to golf.

Travels in Italy and Germany, especially Bavaria, will be utilized in a spy book series, possibly World War II vintage.

Scotland - He wouldn't let me play his bagpipes.
It was a cold day.

Me with the "stars" in Dallas 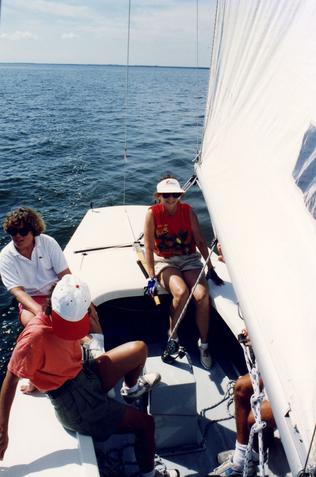 My dear husband and I love sailing and once sailed a forty-three foot sloop through the British Virgin Islands. We may live on a sailboat one day. Come visit us.

I’m also an art student and have won several ribbons at various art shows. Mostly I like to draw people and animals. I've posted a few under the tab "Anne's Art."

In common with most writers, I love to read. When I lived on the “wrong side” of the tracks, reading fiction was my escape. Now I read for pleasure and research.

I play occasional golf, exercise when forced to, and love the outdoors, but mostly sit in front of a computer and write. Sailing shows up in my book HATTERAS ISLAND MYSTERY.