Larry made several parachute jumps while he was the Deputy Commander of  the Special Operations Detachment at Incirlik, Turkey during Operation PROVIDE COMFORT. 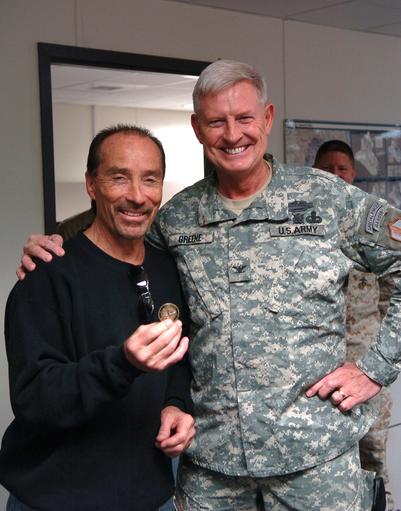 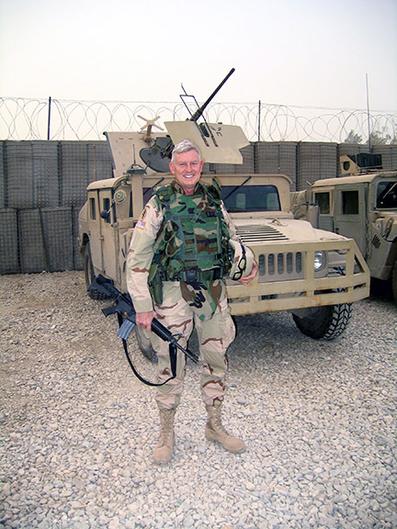 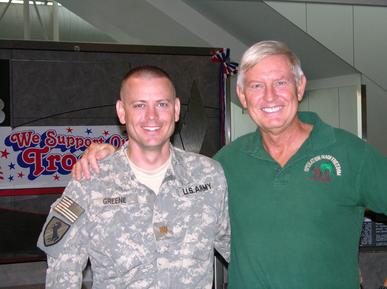 Colonel Larry Greene at USCENTCOM, MacDill AFB in Tampa when stationed there 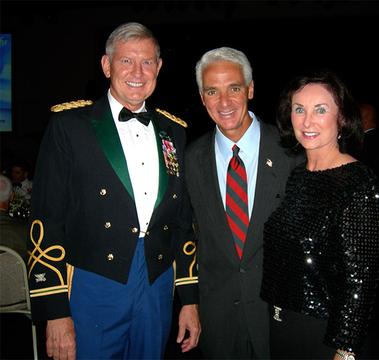 At US Central Command Larry had the opportunity to give a tour of the Coalition Coordination Center to singer/song writer Lee Greenwood and presented Lee with one of his challenge coins. 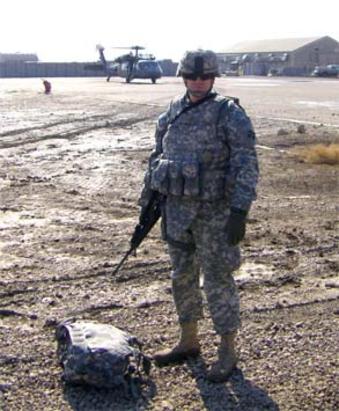 Colonel Larry Greene and Captain (now Colonel) Geoff Greene at Ft. Bragg.  It was a proud event for both of them as Larry had just pinned his Master Parachutist Badge on Geoff a week after they made Geoff's 65th jump together, qualifying him as a Master Parachutist. 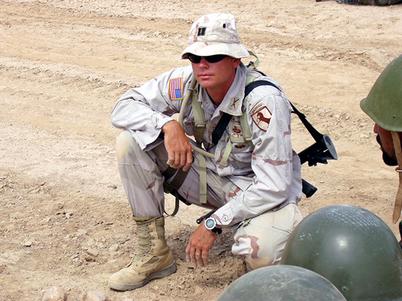 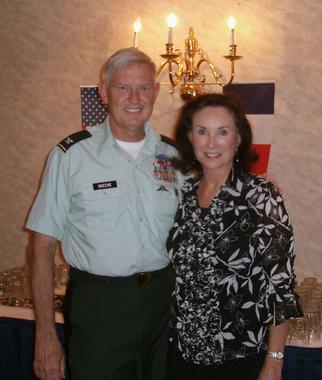 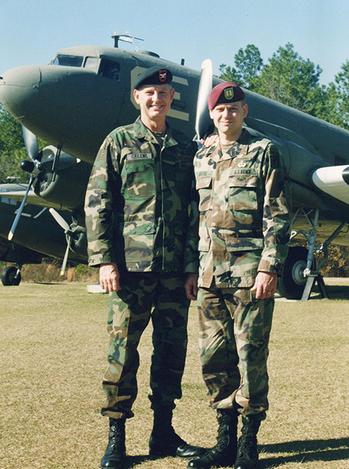 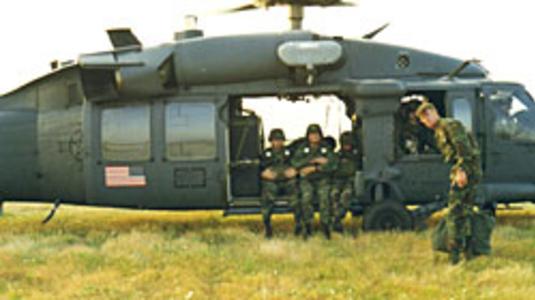 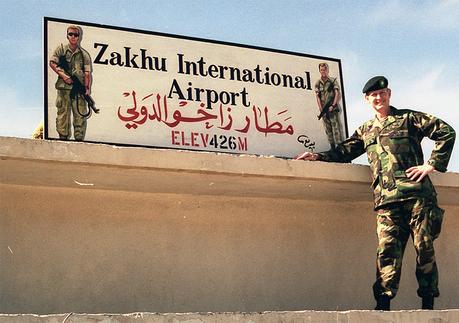 Larry in Zakho, Iraq while serving on Operation PROVIDE COMFORT 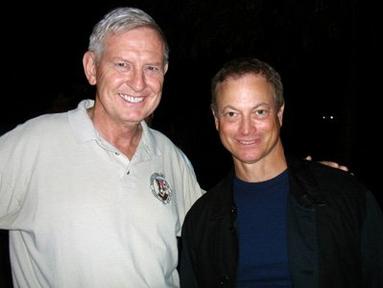 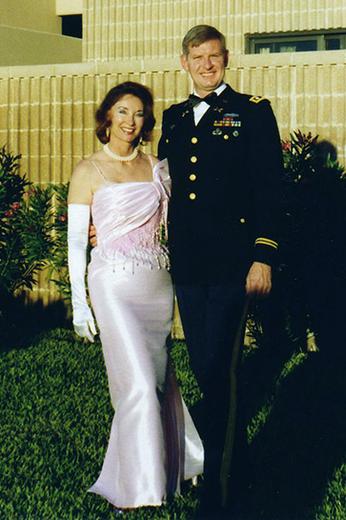 While stationed at U.S. Central Command in Tampa we were frequent guests at events hosted by the 64 countries which were part of the Coalition. This photo was made on Bastille Day and hosted by the French contingent. 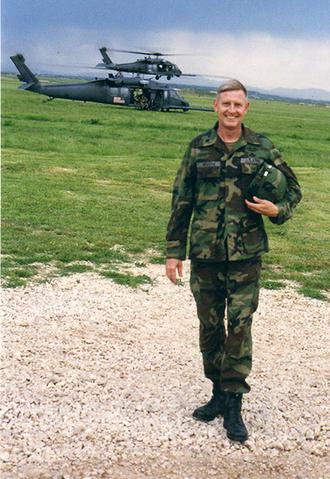 Larry after one of his jumps
at Incirlik, Turkey

Larry and I getting ready for the Marine Corps Birthday Ball in Harlingen, Texas. 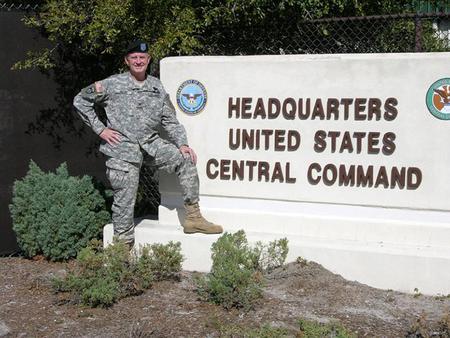 Gary "Lt Dan" Sinise with the Lt Dan Band performed for the troops at Yongsan, Seoul, Korea while we were stationed there. The troops loved him! ! !

Larry in Diwaniyah, Iraq after a patrol